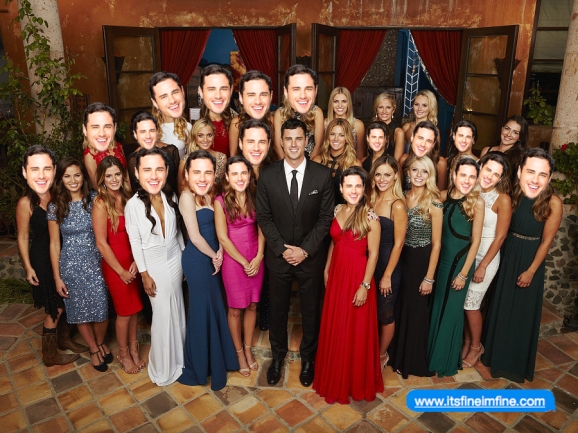 Over the weekend, the news blared horrific details of separate bombings and attacks that killed more than 100 people total in Syria and Nigeria. The Syrian war continues into its 5th year and Islamic extremist groups like ISIS and Boko Haram are only getting worse.

(where am i going with this, is this CNN???) I’m not about to preach that America is the safest country (or a safe country at all), but I do feel comfortable and safe as I reach for the remote to play recorded TV. Sometimes I think about life outside of my bubble and it’s hard. imsry. imdone. butyoushouldthinkaboutthewarinsyria.

Now that I’ve depressed everyone, let’s all gather to watch and laugh at one of our favorite American pastimes, The Bachelor, as Ben and his women seek amor in Mexico.

-my friend’s dad, who I will now refer to as ICE Daddy for the rest of this blog. #incaseofemergency

Ben is so excited about taking the girls to Mexico, it’s like his first time out of the United States. Like Juan Pablo got to go to freaking Thailand, Ben should get Dubai, or the Northern Lights, or Paris, IDK, BUT MEXICO, REALLY??

“What’s the point of having a Bachelor mansion if you’re never there?” -a boyfriend’s opinion on how the crew has been to Vegas and Mexico in only 5 episodes.

“What if they find El Chapo on the date. Or Ethan Couch.” -ICE

“These girls sleep in the same bed?” -ICE

Ben wakes up the girls at 4 AM. I imagine this is exactly what it’s like being real sisterwives. Your husband just waking you and your 10 sisterwives up at 4 am to milk the cows.

LAUREN H. HAS A RETAINER IN HAHA THIS IS TOO REAL.

and yet i spoke too soon.

WHAT THE ACTUAL HELL AMANDA HAS PERFECT HAIR AND MAKE UP AND BASICALLY JUST GOT BACK FROM THE OSCARS???? I’M YELLING EXPLETIVES OUT LOUD???

Ben takes Amanda’s sweet tiny voice to a parachute, which looks fun af. He pretends he can hear her voice in the sky and you know there is serious bonding happening.

Later, Lauren H. and Olivia are bonding over how Amanda is a mom and Ben totally isn’t ready to be a father. Can’t wait to see the #TeenMom scene that has been playing every other commercial.

Laying on the grass in the picnic scene of our dreams, and Amanda is nervous about telling Ben about her life, and opening up, because she has kids. And she’s insecure about being the only married/divorced/mom on the show.

She could have been a child serial killer and I don’t think there is a soul on God’s good earth that could hear her voice and see her face and could ever think anything negative about her. htg. it’s too overpowering how sweet and dainty she is. 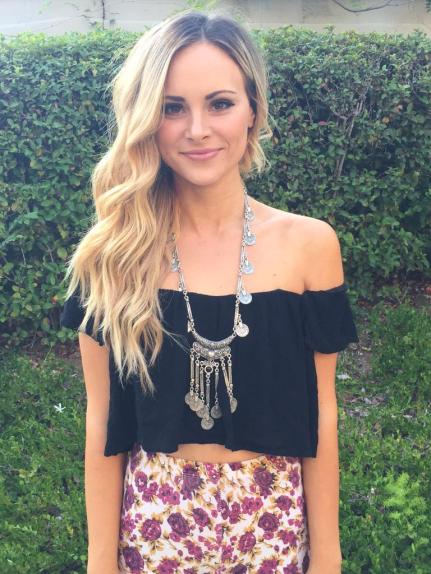 me refusing to believe she’s given birth

Later that night, things are deep and emotional and Amanda is wearing a tight lacy black dress, which is really amplifying the tone of the night. Amanda is explaining how beyond crappy her ex husband was as a father, a man, and a human. He didn’t spend a lot of time with his kids, and then she found out he cheated on her.

Ben says everything you would ever want to hear after telling someone you’ve been cheated on. He really has a way with words and really is making all these girls fall actual in love with him and it’s scary. She says it’s worth it she’s on the show, even though she misses her kids.

“How some guy let Amanda walk out of is life is one thing I don’t get.” -Ben and every boyfriend in America ever.

“Do you think he’s exhausted doing this much social activity with this many women constantly? I would want a beer and a basketball game by now.” -bf

Now the crew is in a Spanish class and white girls are trying to roll their Rs. Becca’s hair is in the trendy half bun. Jubilee is imploding and having a break down on this inside, but passes it off as being tough and overly confident on the outside, so Jubilee is all of us.

Here, we see Jubilee sitting in a very high school-y setting with Becca and Joo in the background, which will prove to be a significant moment (FOR ALL OF US) before the episode ends.

Now the girls learn they will be cooking in “pairs” and before anyone can say “cheese enchilada,” Olivia claims Ben as her partner. How can this girl be so aggressive????? She is honestly pursuing Ben how every girl wants to be pursued by a man and it makes me so uncomfortable.

literally jubilee and olivia are fighting over being ben’s partner.

my boyfriend is supposed to be watching this and saying more quoteable things but instead he’s filling out tax documents and i guess i’m just like get your priorities straight.

I love that Becca and Jojo are such good friends. They’re the SqUaD of The Bach. they’re the new Taylor Swift and Karlie Kloss.

Olivia is walking all over the supermarket, parading Ben, and just being this like super-Olivia-happy-personality and it’s overbearing.

Ben loves to cook because of course he does. When Ben said “I’m not the Bachelor, I’m the spatula-er” my bf laughed out loud, so even Lane has a lil crush on Ben.

2 seconds in, Olivia steals him.

They had an insignificant conversation with no kiss at the end, and Emily interrupted him, and that was insignificant and now we’re with Jubilee and sh*t is getting good.

Jubilee confides in Ben about feeling overshadowed “by the Jojo’s, Lauren B’s, and the Becca’s” and yes, I can imagine how she feels, BECAUSE EVEN OUTSIDE THIS SHOW, THERE ARE STILL JOJO’S, LAUREN B’S, AND BECCA’S IN LIFE. THEY ARE EVERYWHERE ALL THE TIME. EVERY MAN YOU’RE INTO WILL ALWAYS BE SURROUNDED BY JOJOS AND BECCAS. I AM SORRY.

omg now her and Ben are actually kind of getting into it. ben asks her if she stills sees something between them, and she turns the question around on him, and like GOOD, SHE SHOULD. and in a few short words, he is very honest with her and says he does not see anything between them.

he walks her out, on a seemingly 4 mile trail. and she will continue to face the world and the rest of the Becca’s and Lauren B’s living in it. I really do feel awful for Jubilee. We’ve all been Jubilee in this moment.

Ben is torn up over this. He sits alone with is head in his hands and cries. Winning everyone over, yet again. Jubilee says she feels like the most unlovable girl in the world. #UNLOVEABLE IS THE NEW BLACK.

OH MY GOD. IS BEN BEING PAID TO KEEP OLIVIA HERE??? WHAT IS GOING ON? 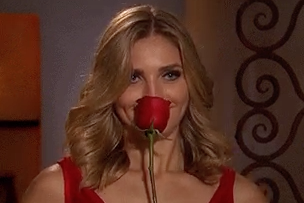 WHAT IS GOING ON IN BEN’S HEAD

There was a moment of silence after Ben gave the rose to Olivia and Lane said “They’re all acting like someone died.” loll lolol lolololololol 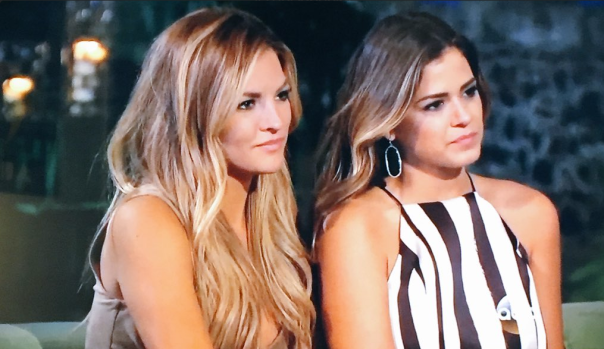 Their reaction to olivia’s rose, and honestly, everyone’s reaction to everything ever. This photo. God. Magical.

Ben is under the impression that Mexico City is one of the most fashionable cities of the world and it’s like oh. He and LH will be walking down a runway apparently for mercedes benz fashion week apparently so mexico is new york and what the hell do i know about fashion apparently.

Emily doesn’t understand how Ben could like her if he also likes Olivia. We’ve all wondered this exact thought while dating someone at some point, so you’re not special Emily.

Ben has to wear a super flamboyant top for the fashion show and it’s amazing happy fashion week. 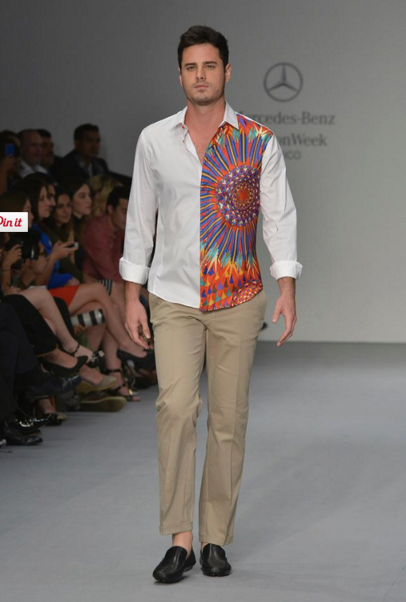 wait am i into this shirt

Later, we learn Lauren H. was in a relationship for 4 years, she moved across the country for him, then he dumped her because he had been cheating on her.

DAMN THAT SUCKS. I HAVE NO OTHER COMMENTS HERE.

The girls are gathered around a table talking about Amanda’s children.

“I feel like that’s an episode of teen mom that I watch,” -Olivia, on Amanda’s life

I feel like Olivia thinks what she says is going to be funny. Like I genuinely don’t feel she was trying to insult Amanda to her face, I think she thought that would come out really witty, and be memed and retweeted and it was just offensive and awkward.

Amanda has a sweet baby angel voice as she calls out Olivia on the rude comment. Then Olivia gets a tear out and says “she’s working on herself” and apologizes I think.

Now Emily is white-wine-white-girl drunk with Ben and is crying telling him about Olivia. She’s apparently wearing waterproof everything bc HER MAKE UP BE IN TACT AS HELL.

Emily is crying and crying and says it’s justified because she just hates Olivia being a bully. EMILY CALLS HALEY ON SPEAKER PHONE IN THE CAMERA CONFESSIONAL.

“Yes, please, tell me more about how you’re still on The Bachelor,” -bf pretending to be haley that’s funny.

Olivia gave Ben a ring. No one knows what’s going on. Why did she give him a ring.

The cliff hanger
After Emily told Ben that Olivia isn’t what she seems, he sits with girl after girl and they all have the same story, because this isn’t rocket science, this is like classic high school drama. Ben speaks of “red flags” and “not seeing the full picture of Olivia” and finally gathers the women and Chris.

WILL HE TAKE HER ROSE BACK? OR WILL SHE CONVINCE HIM SHE’S NORMAL WITH HER CUNNING ANCHORWOMAN SKILLS??????? WILL JUBILEE COME BACK WITH ARMED VENGANCE??? WILL AMANDA EVER RETURN TO HER CHILDREN? CAN JOJO SURVIVE #SQUADLIFE PRESURES??? WILL LAUREN B. OR LAUREN H. REMEMBER THEIR NAMES ARE JUST “LAUREN” AFTER THE SHOW????

2 responses to “The Bachelor Episode 5: Things Our Boyfriends & Dads Said”