THIS JUST IN: Beyoncé Releases #LEMONADE 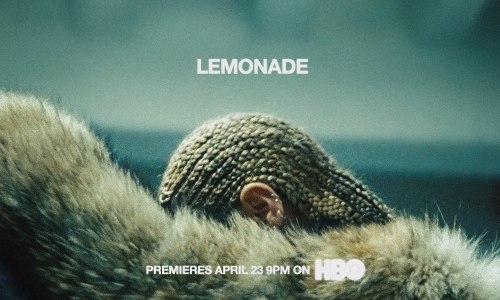 BREAKING NEWS: Beyoncé just released an hour-long visual album on HBO almost two whole weeks ago. Literally an hour-long’s worth of connected music videos. This coming out just before her Formation tour starts.

That Beyoncé. Always keeping us on our unworthy toes.

You may recall her doing something similar to this when she released the “Formation” song and music video before the Super Bowl by means of “surprise marketing” or what the rest of us call “just uploading an Instagram like any other day.”

so this is a music blog, i’m a music editor now. and these are my thoughts.

1. Pray You Catch Me

Notable lyric: “Pray I catch you whisperin, pray you catch me listenin” –> this WILL get stuck in your head.

V ethereal. Mystical. V half asleep, half dreamy. Foggy. Angelic, heavy on piano and strings, a lot of harmonizing with multiple voices, a la Imogen Heap’s, “Hide and Seek,” except calm down, because yes I know that no one is on Imogen’s level. The end of the song sounds like a score to a dramatic film.

This song is my favorite, except for, “Formation,” because I’m not a communist. “Formation” is obviously superior.

Notable lyric: “Which is worse, being jealous or crazy,” and all of us simultaneously responded, “jealous.”

This song comes off as weirdly happy, despite its eerily sad message, which makes me feel both scared and confused. It’s a little jolting after the moody opening song. Then you keep listening and you realize this song includes a lyric interpolation of “Maps” by the Yeah yeah yeahs, which makes you like it more, but not as much as OG maps obviously, but  you like it, because you’re a white girl, and you used to sing to this song on Rock Band in high school. Beyoncé.

Stand out lyric: “Don’t hurt yourself”

This song is being bashed for its lyrics on the internet because it doesn’t set a good example for little girls.

OH I’M SORRY. DID THE TIDAL-EXCLUSIVE, LABELED EXPLICIT ALBUM NOT MAKE IT CLEAR ENOUGH THAT MAYBE YOU SHOULDN’T PLAY THIS SONG IN THE 2PM ELEMENTARY CAR POOL??? I’M SORRY ABOUT THAT. I’M SO SORRY FOR YOU.

Say what you want about who cheated on who when and where, but this song is just raw, emotional, Beyoncé scream-singing, raspying, and yet not crumbling, very much standing up for herself and coming out on top, type of song. You want to listen to this in the later phases of the break up, when you start becoming strong enough to lie to yourself that you’re over him and going out 4 nights in a row. Great for that phase.

Phase in the break up  you should listen to this song: When you’re ready to be mad at any girl who has ever had even so much as a platonic conversation with your ex.

Serena Williams made an appearance on this video hi Serena.

Beyoncé’s voice is like you’ve never heard in this track. It’s a v lazy, low, dragged out voice. AND THE WEEKND IS IN THIS SONG SO IT’S CATCHY AF.

ALSO, PARENTS, WARNING: This song is assumed to be about a stripper and her 6 inch heels, so like, maybe don’t read the lyrics as a bed time story to your 3-year-old. Just a general hashtag pro tip.

And this song is my 4th fave. moving on.

Lyric: “Cause when trouble comes to town, And men like me come around, Oh, my daddy said shoot”

BUT NO THIS SONG ISN’T ABOUT HER FATHER, OKAY THEN, OKAY.

This song opens up with a v 1920s swing band link intro which makes me want to whip my lob back and forth.

This song is also how I imagine coffee shop/front porch/happy hour Beyoncé. It’s just her and a guitar and people randomly cheering in the background. She’s just like sitting on a bar stool, wearing some version of non-heel casual shoues, and entertains the local, non-paying crowd. Casually chic Beyoncé. Carefree Beyoncé. Just singin’ about m’daddy Beyoncé. Lalala my daddy said shoot Beyoncé.

Beyoncé plays with fractions in this video-gamey, upbeat song. It’s just okay. It’s just in the middle for me. u kno. I *THINK* this was the song that was underwater in a bedroom and it’s like who thinks of this stuff.

Lyric: “Every promise don’t work out that way”

I like swear Beyoncé was legit crying while recording this song. It’s like cry/scream/singing. It also blends so beautifully into the next song, “Forward,” and that’s why you listen to whole albums and not just the hit tracks, kids.

Okay this is my 3rd favorite.

It features James Blake, another semi-unexpected collaboration. For someone so *hardXcore* about black pride, she sure is collaborating with artists known to be loved by many a nerdy white folk.  #coldplay #yeahyeahyeahs #jackwhite

This song is short. It’s like the cool down after an emotional work out, before she throws you into the super-pride anthem that is the next track, “Freedom.”

Lyric: “I break chains about myself, don’t let my freedom ride in hell”

This song is bound to be the opening of the next Quentin Tarantino film. It’s so energetic. And Kendrick Lamar shows up. So like. Compton. Pride. The south. Beyoncé.

Lyric: there isn’t one. this song isn’t good. skip it.

Tagged as beyonce, LEMONADE, music, THIS JUST IN