The Emotional Stages Of Being A Beyoncé Fan

I’ll never forget where I was that day. What I was doing, wearing, where I was, who I was with. A moment in time. Never forgotten.

The day Beyoncé released her first song in over a year.

It was a Saturday afternoon, circa 3 pm CST, February 6, 2016. I was at a bar in deep ellum, Dallas, USA. I was with my fellow ignorant friends. Drinking beer and talking about insignificant things. I was scrolling the fb newsfeed, casually, fully engaged in conversations with my friends, when I saw it. 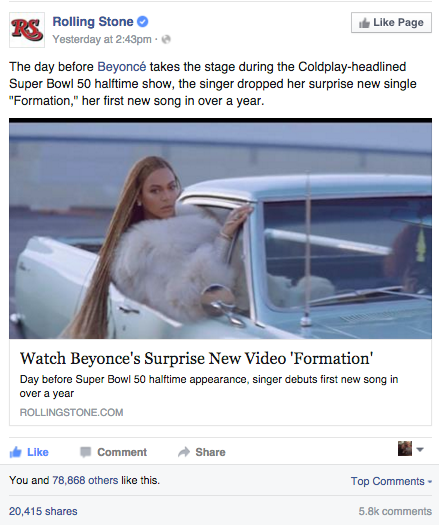 I literally stood up in the bar and yelled, “BEYONCE IS BACK!!!!!” and proceeded to watch the music video at the table, announcing to my friends that I “still hadn’t seen Taylor’s Bad Blood music video” but immediately played Bey’s ‘Formation.’ And my friends are team Tay over Bey so that was hard for them to accept.

Pre-self titled album, when you mainly just liked Beyoncé’s songs that were with Jay Z in the early 200s.

When your Spotify-loyal ass had to act like it’s 2008 again and go to iTunes to download BEYONCE but you’re willing to carry out God’s good work.

When you finally heard the songs and saw the videos and were like this is my first musical and or spiritual experience and you forced your coworkers to sign into your iTunes account so they could experience the majesticness, because you believe in world peace. 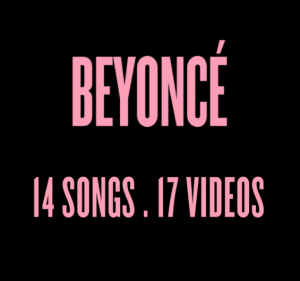 When you heard Drake’s words about a being a “good girl” in her song ‘Mine’ and you were like omg he is talking about me and you told Uber drivers for a solid month that you’re the good girl.

these words r me this is me yeh

When you memorized the dance to ***FLAWLESS because you watched the video twelve thousand times to learn it.

so much more where this came from. both physically and emotionally.

this move is actually iconic. it’s graceful, powerful, significant, and delicate all at the same time. it’s feminism in a dance move.

When you cried to ‘Pretty Hurts.’

it does hurt. thank you.

When you heard ‘Rocket’ and became a woman.

When you told the Uber driver to “roll up the partition, please” for 40 solid days and nights.

When months had passed, but there was no new Beyonce track.

When you were at a bar that played music videos and a Beyonce music video played.

and you don’t dare move or breathe for 4 minutes

When exactly 347 days had passed, but who’s counting, and 7/11 dropped, and all the sudden you needed all new friends who could dance at sleepovers, and a KALE shirt.

When you found out Beyonce was performing in the 2016 Super Bowl.

See u at half time bye.

Comments Off on The Emotional Stages Of Being A Beyoncé Fan