idk what the hell is happening rn but i like it

La La Land recieved the most nominations of any movie since Titanic. TITANIC. Unreal. That alone confounds me. Like what other movies have come out since Titanic??? Truly none of them were as good as La La Land??? Are we sure BC BREAKING DAWN PART II SHOULD HAVE BEEN NOM’D 14 TIMES AS FAR AS THIS WHITE GIRL IS CONCERNED ok.

So Lane and I went to the late show at Angelika Friday night, after an Urban Taco dinner. That was the first mistake. 1) I was so dead tired and 2) so dead full that I felt like a cranky, overfed newborn baby. But against all odds, I did in fact love the movie.

Here are other thoughts I had about La La Land

Oh, the pressure to be a wild, dream-chasing millennial 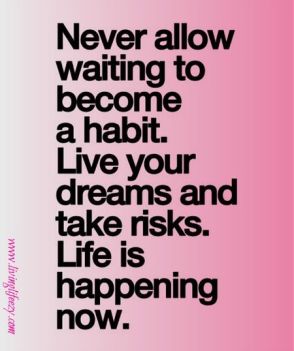 everything on Pinterest is this said in different ways i swear

I don’t know if other millennials feel this way, but I definitely feel a lot of pressure to cHaSe My DrEaMs. Every other song, movie, Pinterest quote, article, Instagram, etc etc etc is pressuring us to quit the safe day job, move to a ~cool~ city, be the chic skinny starving artist, struggle for years, but eventually strike gold, and live forever.

This movie was that.

I’m not saying it’s a bad thing to be inspired to chase your dreams itsfineimfine.com

But let’s talk about the actors’ talents. Ryan Gosling. Wow. I cannot believe that was really him on the piano. I don’t know anything about the piano, but I’m thinking should literally win a thousand presidential medals of freedom for pulling that off????? IT IS NOT THAT EASY. I know this because I took piano lessons for years, and like the dainty woman I am, my pinky is too small to reach across enough keys without moving my entire hand and so it’s not like I was handicapped, I just couldn’t play anything that required you to be on beat so congratulations, Ryan Gosling, for your long fingers.

Now back to Ryan Gosling. There was a scene where he was angry and approached her, I think getting out of a car, and there was a pause, and I really wanted to say out loud, “This isn’t over. It still isn’t over.” Because idc how many years it’s been, he will always be Noah from The Notebook.

She Was The One Who Got Away
He Chose The Dream Not The Girl
He Lived The Dream. Alone.
He Was The Idiot
You Had Your Chance
U Let Her Go She Marry Other Man
I Hate All Men Because They’re Stupid
Welp This Is What Happens When  You Pick Jazz Over Emma Stone I Hate You

It really killed me that they didn’t end up together. THEY AT LEAST GAVE ME THAT MUCH IN PASSENGERS. SEBASTIAN SHOULD HAVE SAID OH I’LL GO WITH YOU TO PARIS. BUT HE DIDN’T AND HERE WE ARE FOLKS, HERE WE ARE. SHE CAN’T FORCE HIM, Y’ALL.

Lane made a good point: The movie pace was like jazz music. Started slow, and took longer than expected for the romance to really pick up, then all of a sudden all these dramatic things happened at once and then you see Emma with another man and a baby then you think her daydream/vision is what really happened, but nope just a daydream, and this is real life and everything is a lie.

The pace of the movie, in combination with the at times etherial, whimsical mood, kind of made me feel like I was on drugs. I was also really tired because I chose to watch the two hour movie at the late showing so.

Lastly, Sebastian ended up alone and welp im not sorry, bc i want him to live with his mistake forever okay im not dramatic okay.

loved it, recommend it, bye