me too lauren b

Empathy for the girl who has it all.

I’m not promising to blog the whole season. But I was watching this and couldn’t stop tweeting and I can’t not write a blog at this point and I said the same thing about JoJo’s season and here we are.

The show opened up with Lauren’s audition footage,  her stepping of the limo on night one (she was the first girl he met btw), and highlights of their love story throughout the show.

She looked genuinely happy. Her eyes were always smiling even when her mouth wasn’t. Her eyebrows were thinner. Normal. Before the thick, penciled in look took over Instagram and all of our self esteems. 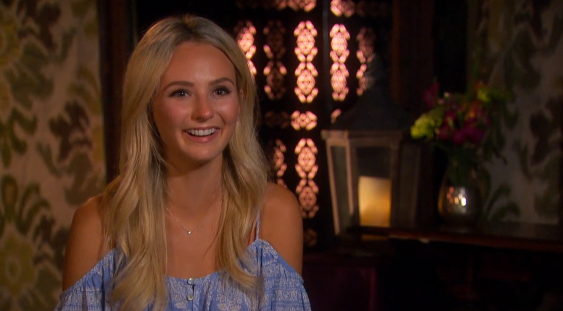 happy lauren, before happily ever after

NEW BROWS WON’T MAKE YOUR EYES SMILE, LAUREN B, HAPPY HAPPILY EVER AFTER

She even looked a little thicker back then??? Am I allowed to say that without a Twitter troll accusing me of body shaming? She is clearly thinner since becoming engaged, it can’t be because of stress or the pressure of being on TV or engaged to Ben or incessantly comparing herself to The JoJo Factor at all. At all.

Here are things that happened episode one.

Celebrities, they’re just like us! Here we watch #BenAndLauren doing peasant things like buy themselves groceries. Of course a white woman walks up to them and asks about the show AND ULTIMATELY ABOUT JOJO.

This was obviously a planned scene. It comes off as fake and that’s fine.

But YOU KNOW that this really does happen to them in IRL. People walk up to them and ask to take photos. Talk about JoJo. Ask for a selfie. Ask about JoJo.

How is Lauren not in constant shambles every time she’s reminded of JoJo? BECAUSE SHE IS DEAD ON THE INSIDE. 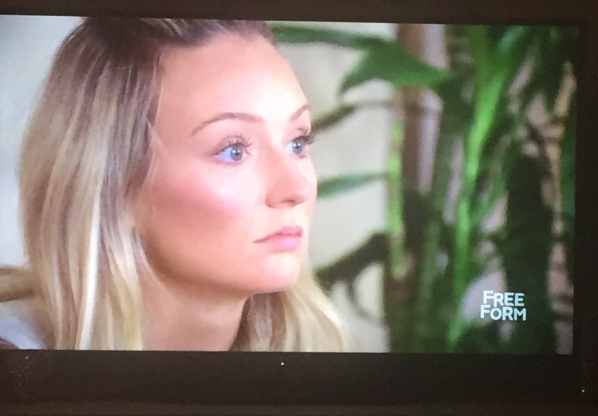 this is right after holly’s boyfriend visits scranton and he pretends to be happy. ur welcome.

You would have to die a little on the inside to deal with that. Proud of u, Lauren B good 4 u, lauren b.

Lauren wants to nest and redecorate

Lauren moved into Ben’s house in Denver. I repeat: Ben already owned a home and had a life in this home, pre-Lauren.

Lauren is also a girl, so she naturally wants to redecorate everything.

But as they walk through the house, her pointing out everything she wants to change, Benny boo boo boobooboo gets v upset.

OH I’M SORRY THAT ME WANTING TO REPLACE THE CURTAINS MAKES YOU FEEL UNCOMFORTABLE????? WOULD YOU FEEL BETTER IF I FELL IN LOVE WITH SOMEONE ELSE ON NATIONAL TELEVISION???????????????? DO LIGHTER INTERIORS GIVE YOU ANXIETY?? LET’S ASK THE WOMAN AT THE GROCERY STORE HER OPINION???

But just wait it gets better: A Bach producer calls and asks if they’ll go on After The Final Rose to give JoJo advice.

Those two sentences are all of us.

Ben saying that is such a stupid, straight male thing to say. Like, NO BEN, the act of giving advice isn’t weird. Him saying that just implies he thinks Lauren is being jealous and crazy.

thank you, beyonce. for everything.

And then this: Lauren lets Ben talk her into going with him on After The Finale Rose, to give precious JoJo advice. What is the 19th amendment. What is feminism.

And then it gets better: #BenAndLauren binge watch all episodes of JoJo’s Bachelorette season together on the effing couch Ben has always owned in his effing home.

I know you’re probably reading this thinking who cares what’s the big deal.

BUT CAN YOU JUST IMAGINE WITH ME FOR 2 SECONDS????

You’re with your bf. You have baggage. There’s the normal non-celeb human baggage of dealing with the fact that he has a past and exes and significant, intimate memories with girls who aren’t you.

Then there is the unique, special I-chose-to-be-on-the-bachelor baggage that is dealing with your boyfriend’s ex, who he fell in love with whilst falling for you. HAHA SPECIAL BAGGAGE.

Of course, JoJo talks about Ben like every other sentence on every episode. And finally, the iconic Bachelor Nation moment, when JoJo tells Jordan she’s scared to trust him because of Ben.

“You say you want to spend your life with me, you love me, you want to marry me, well Ben said all those things to me, too.” -JoJo

Now try not to kill yourself.

This is Lauren’s life.

The girl who has everything.

Buying a toilet with the twins

This was mostly insignificant except Lauren saying she crosses her legs when she sits on the toilet and like what.

The three of them tried to replace Ben’s toilet. He came home. Just the twins, Lauren, and Ben, one big happy, incestuous family.

Going on After The Final Rose

The BTS cameras showed #BenAndLauren fighting literally seconds before walking into a live studio audience. It was amazing.

Ben cares about his image and the next TV appearance more than the well-being of his fiance. MAYBE THEY SHOULD HAVE GONE TO MERGE WHAT.

Ben did what he came to do on #ATFR. He gave his GD advice to JoJo. Lauren strained so hard to smile and look happy. There was literally a vein pulsing out of her forehead. While Ben was talking, Jordan would not even look his direction. And if he did, he wouldn’t make eye contact.

But of course JoJo was fixated on Ben. Smiling, laughing and hanging on his every word.

Everyone’s body language and forehead veins said it all. And it was not scripted. This was everyone’s real human feelings for each other and trying to not feel them.

AND THEN. The ever-blessed BTS cameras showed #BenAndLauren fighting literally moments after he gave advice on live TV. Like they were still sitting in the audience, in earshot of white girls with access to mobile Twitter.

Happy ~*~HaPpiLy EvEr AfTeR~*~

Next week, we get to see #BenAndLauren go on a double lunch date with #JoJoJo. Because of course Ben feels “like it’s important we go to lunch with them.”

And of course Lauren feels:

THIS IS WHAT REALITY TV DREAMS ARE MADE OF. THIS IS WHAT I’M LIVING FOR BUT I DON’T NEED A HOBBY.

The episode ends with a preview of the rest of the season and finally Lauren asking Ben, “So are you saying the wedding is off?”